The wine from Basilescu's wine cellar whispers a story that began more than a century ago... 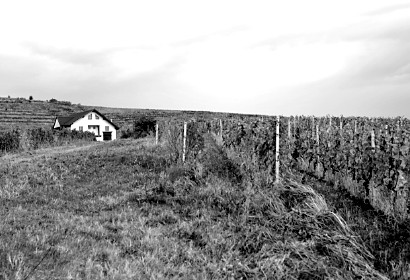 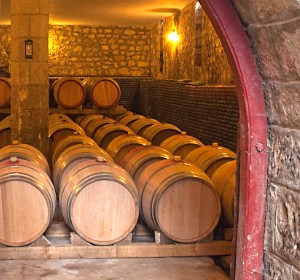 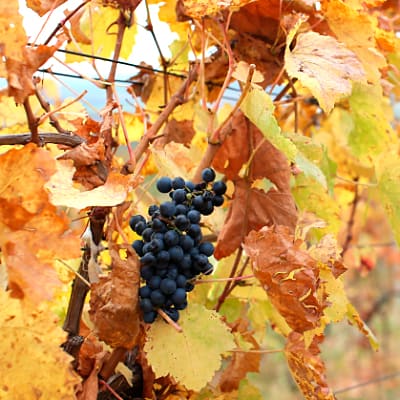 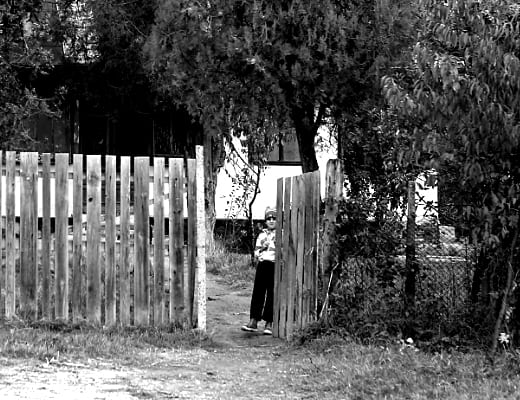 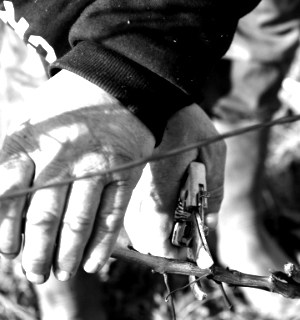 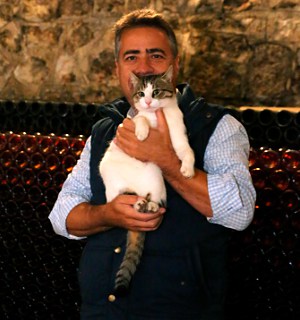 The Story…of Basilescu possesses an exquisite relish, in similar fashion to the wines that are produced here. The world unfolds on account of visionaries, who feel and act prior to their era.Such visionaries were Nicolae and Aristide Basilescu.Nicolae Basilescu, born in Urlaţi in 1860, distinguished himself from the very beginning through his extraordinary intelligence and ambition which helped him overcome his social limits. He became well-known as an illustrious personality of the XIXth century Romanian society, being dean of the Faculty of Law, University of Bucharest, holding the leading position for the longest period in the history of this institution, and founder of the Bucureştii Noi district.Nicolae Basilescu’s noble mission has been inherited by his son, Aristide Basilescu, who held a leading position of the Political Economy Department of University of Bucharest.As any grand creation is born of a divine awareness, Basilescu wines have weaved their origins from a beautiful love story between young Aristide Basilescu and the young lady Aglae Saint Georges de Posingen, descendant of a family that is documentary established since 400 A.D. Their love has been a blessing for the Urlaţi’s vinicultural activity as well. During this period they associated with Capşa restaurant and Maison de Champagne St. Marceaux & Co. Wines produced from Urlaţi’s vineyard were used in the creation of the famous Nicolae Basilescu & St. Marceaux & Co champagne as well.

Integrity, love, revolutionary vision, devotionAre but a few of the underlying elements passed on to Basilescu wines.1910 - 1921Through his own efforts and with the help of several institutions (Marmorosch Blank et Co. Bank, Industrial Credit National Society, National Bank of Romania, Maison de Champaigne St. Marceaux & Co., France), N. Basilescu refurbishes the Beer Factory from Bucureştii Noi and converts it to the Natural Champagne Factory.1928On the 28th of January, Maison de Champaigne St. Marceau&Co.(whose foundations were laid in Reims in 1837), authorizes the association of its own label with Nicolae Basilescu’s name for the champagne created in his winery. This was a sign of unmitigated trust in the quality of the wine created at Urlaţi, where Basilescu family had their winery and vinicultural domain.In high regards to the whereabouts of prominent psyches of the era – from writers, actors, painters, poets, to politicians and diplomats – and for the friendship shared with Capşa family, Nicolae Basilescu entrusts sales and acting on his behalf to Capsa House. Several labels, such as Grand Capşa 1921, Capşa 1921, Riesling Capşa, Cloş Bob Capşa, Capşa Rouge, Pelin Capşa, were part of his own private range of products, deliberately created for the famous restaurant.1949However, this success story ends abruptly in 1949, when the state sequestrates all goods and terrains that belonged to the Basilescu family. Its members are relocated in Mizil, where they were forced to live until 1964.

2003Fulfilling the dream of creating unique, exceptional wines, through reclaiming the vineyards began after 2003, when Nicolae Basilescu’s legacy contrives to reacquire part of the goods, among which are the Urlaţi’s vineyard and manor house.

2008The tradition carries on through the revival of Basilescu Winery.The vineyards, manor house and the new winery established in 2008 represents today the place where old traditions find modern bonds. The vineyards with preponderant Romanian grape varieties are brought back to life and cared for with love and expertise, such that they can offer high quality wines, distinguished through elegance, excellence and refinement.Basilescu Winery philosophy is founded upon the valorization of the oneness of the terroir, expressed through soil, climate, land plots positioning, cultivated grape varieties and wine-making technology. Basilescu tradition – devotion, passion, ethics – carries on today through the winery’s young group, which adds modern grape-processing knowledge to age’s redolence. Basilescu wines represent the result of thorough efforts in the vineyard and winery as well.Basilescu wine retains bits of interbellum’s history, reminding us of the strong and revolutionary character of Basilescu visionaries; it is a way of going back in time, of merging with Basilescu ideals, with passion and desire of emancipation.

Somewhere around IVth century, in Pietroasele, Atanaric Visigoth king hid his treasure, known as the Pietroasele Treasure or the Petrossa Treasure. It is said that when this thesaurus was hidden by the Visigoths for fear of the Huns, grape-vine crops were an important element in these lands.

Owing to the tradition and the climate exceptionally suited for grape-growing, in Pietroasele, the first wine-growing nursery of Romania’s modern epoch was established, in 1893, followed by the establishment of a grafting school, in 1894. Another event in this vineyard’s history, as well as Romanian viticulture’s history, occurred in 1924, when the Pietroasa Viticulture and Oenology Station was established, the first profile research unit in the country.

Through its soil and climate conditions, the Pietroasa viticultural domain distinguishes from the one in Urlaţi through its osseous soil, with high limestone content, established on calciferous soil, the terrain exposure, its rich heliothermal resources and a regime low enough on precipitation. Consisting of high temperatures and low precipitations, this region is excellent for sweet and flavoured grape varieties.

Basilescu Winery owns over 40 ha cultivated with: Busuioacă de Bohotin, Romanian Muscatel, White Maiden and Italian Riesling, from the wine category with Controlled Origin Naming (D.O.C.) – Pietroasa. This is the region from which grapes from in the Ingeri din Micul Paris, Eclipse and Dessert-wines – Busuioacă de Bohotin gamut, withdraw their sap.

THE MICROCLIMATE
This habitat has a climate that possesses the most favourable conditions for flavoured grape varieties crops. These conditions ensure the organic compounds accumulation in grapes and the achievement of a high quality production. Benefiting a long vegetation period, grapes have the possibility of accumulating large sugar quantities, and the vines mature in excellent conditions. The renowned Busuioacă de Bohotin, which blends colours, flavours and unique sensations, encounters the best cropping conditions in this region.

THE TOPOGRAPHY
Slope exposure is mostly southern, with moderate inclination.

THE SOIL
Soil is established on shelly limestone, with mother-rock at a low depth and a high limestone content, and a low precipitation regime, favours the achievement of sweet and flavoured wines.
DEALU MARE - URLAŢI VINEYARD

“Wine’s Stone”, as Dealu Mare vineyard is known, has an old wine-growing tradition, as confirmed archaeological diggings. First written documents about the existence of grape-vine crops in this region dates back to XIVth and XVth centuries. Foreign records tell it used to produce a wine with a “buttery, yet with a big and lasting taste”, comparing it to Europe’s best wines.

This vineyard was well-renowned for its red-wine grape-variety crops. Nicolae Iorga documented in a Slavic missionary’s notes, who went by the name of Bacsici, saying that “the most important vineyards of Muntenia during Constantin Brâncoveanu’s time (1688-1724) were those around Dealu Mare, nearby Ploieşti”. Even in that time, Dealu Mare vineyard’s wines were renowned through their profusion and exceptional qualities, being highly requested even abroad. The vineyards remained most renowned for the Feteasca Neagra native grape-variety.

The toponymy of the region is related to wine. Nicolae Iorga documents that the region’s name originates from wine, more precisely from the effects ensuing drinking it, the bacchic state – “a howl of joy”. Ever since 1880, wines from Urlati region were awarded with golden medal by the Concordia Română society within the Romanian Arts and Industries Exhibition.

THE MICROCLIMATE
This region's climate is a continental climate, with cold winters and warm summers, whose excessiveness is alleviated by hillocks screen, favouring a good ripening of the grapes and the grape-vine's wood. The water storing in the soil during winter stimulates during the first phase of the vegetation, the intense sprout growth, and the rains at the beginning of the summer stimulates the growth of the grapes. During the maturing phase of the grapes (august to september) precipitations are slightly reduced, favouring the ripening, sugar, colour and flavours accumulation. Abstemious air currents due to the hilly terrain removes humidity excess following rains, preserving the health of the plantation.

THE TOPOGRAPHY
The viticultural domain in Urlaţi stretches out on ridged hillocks and uplands with exposure on the South, South-East and South-West slopes, excellent for grape-vine variety crops, necessary for high quality wines.

THE SOIL
Soils are eroded forest auburn soils, established over red loams, marl and fine auburn sands, alternating with solidified sandy soils. These soils, with a high iron oxides content, are excellent for red-wine grape crops. The renowned Black Maiden, who delights senses and kindles the imagination of our customers, withdraws its sap from these terrains.
GDPR